One of the best world web studios: Clock Creative Lab has won the prestigious AWWWARDS award

The Clock Creative Lab website was nominated for the prestigious AWWWARDS Award at the end of August 2019. This is one of the most famous and influential contests in the world of web design: this award were received by Mercedes, Warner Brothers, Volkswagen and Google sites at different times. Only the best web studios of the world have the highest awards AWWWARDS. We were able to get the “Honorable Mention” award by a vote, what we learned from an official letter from AWWWARDS spokesmen. 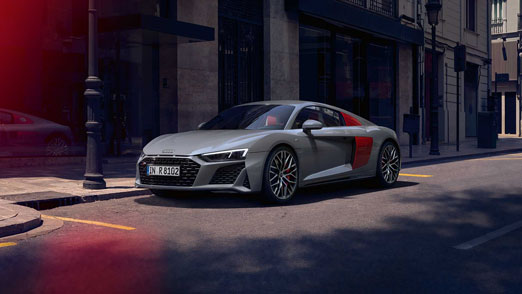 We have provided the official representative of Audi with leadership in its niche in the Ukrainian market. As a result of our cooperation, Audi Center Kyiv South is consistently ranked first in Google and has the highest sales among competitors. 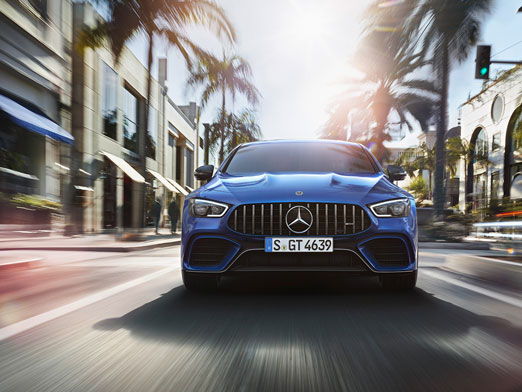 For our other client, the Mercedes-Benz dealership at Kiltseva Road, we created a unique development strategy that includes the website creating by the newest German concept. 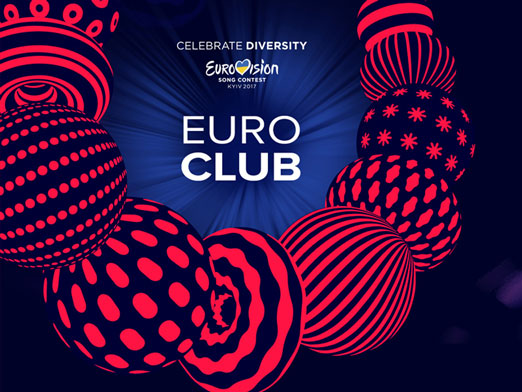 EuroClub is an official location of the international “Eurovision-2017” song contest. The Clock Creative Lab team worked on creating a landing page for EuroClub.

SEE ALL THE PROJECTS

“The AWWWARDS awards Jury proudly note that this site is well-made and worthy of very high ratings. In appreciation of the great talent and efforts that were put into its creation, we award you this honor, ” is literally sayed in the certificate we received. 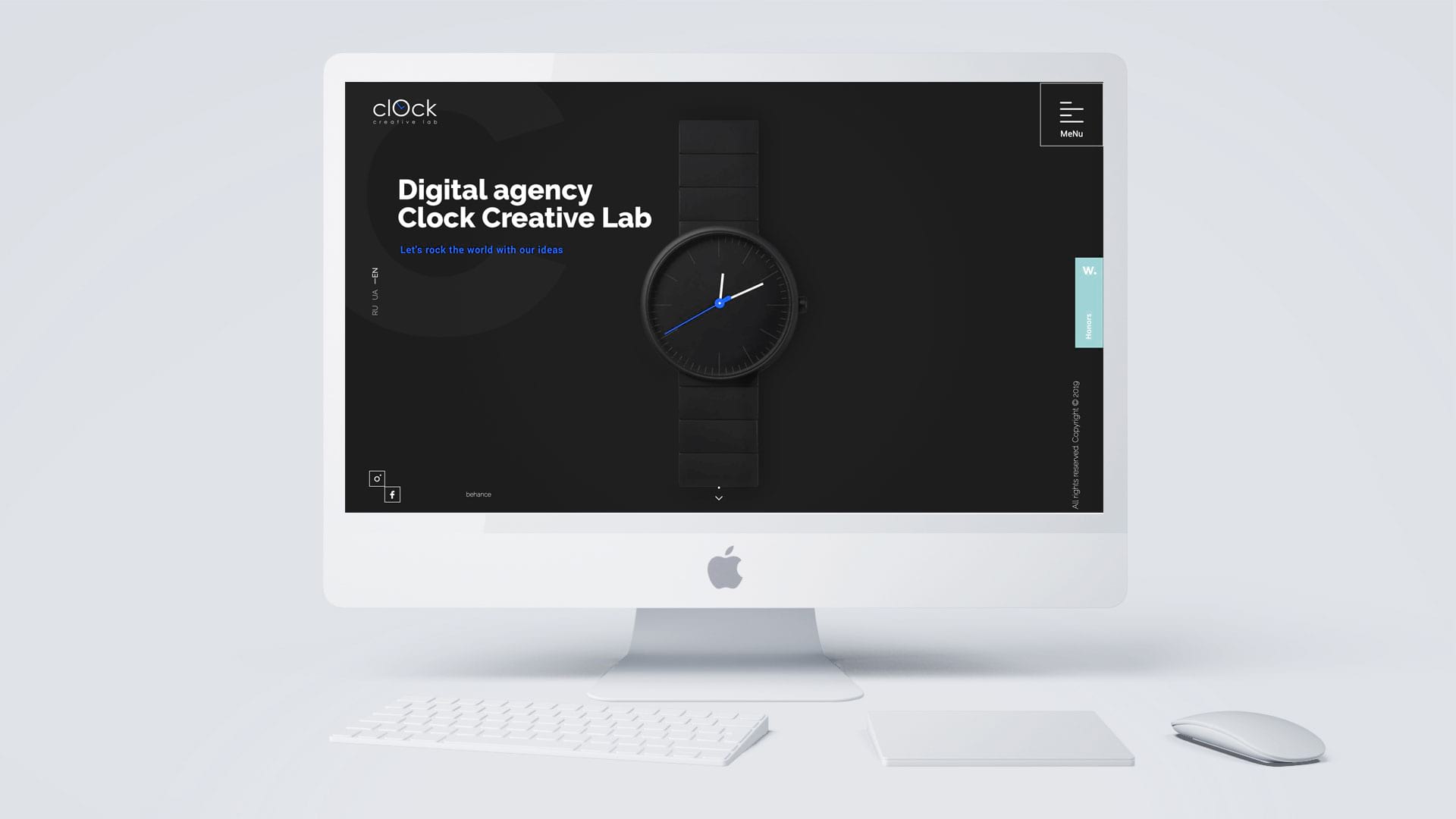 Despite the fact that this is not the highest distinction of the AWWWARDS contest, it is objectively difficult to be awarded. At least, the number of votes for your site from the CHIEF, PRO & Jury categories should be 6.5 or more. Even this fact has no matter, but the fact that it is impossible to win in this contest with the help of coincidence or the votes of “your friends.” If a site gets an AWWWARDS honourable award, it means that it has been objectively reviewed by a wide range of specialists - multidisciplinary designers, developers, journalists and agencies from around the world - and received deserved rating.

Our creation for the AWWWARDS Jury

Website development process took three months. We builded the site on a combination of precision and creativity. On the one hand, we made a very concise corporate website, but on the other, it’s genuinely creative and interesting. The clock on the home page in the desktop version shows the exact time worldwide, depending on the user's location. Site navigation is made in the form of a periodic table.

On the whole, we see a laconic style that perfectly matches the vibrant colors, effects and highlighted text on the Clock website. We believe, exactly the combination of strict and representative style with creativity allowed us to get good points in the AWWWARDS contest.

The prestigious international award AWWWARDS has a sophisticated and well-designed website filtering system. Therefore it is impossible to get an award undeservedly or to “buy votes.” Over the years, a transparent and rigorous evaluation system is used by experienced, world-famous experts in the field of web design. Indeed, the AWWWARDS rating is based not on the votes of "users", but on the votes of professionals from within the industry and a highly qualified jury. Evaluating the talent and efforts of the best web designers and developers is an extremely difficult work requiring considerable knowledge and experience of the AWWWARDS jury. Paul Irish from Google Chrome , Apple art director Davy Rudolph, Spotify creative director Tobias van Schneider, JQuery foundation president Dave Matwin, creator of Velocity.js and Libscore Julian Shapiro and many other design and digital gurus were the jury of AWWWARDS. Stellar experts evaluate the talent, efforts, technicality and content of the web products presented on the contest. Such a great authority of the competition allows AWWWARDS not only to honor the best sites in the world, but also to set trends for future years.

Web studios receive AWWWARDS awards not for bribing or skillful management, but for design, creativity and innovation. Only those who go beyond, expand the boundaries of innovation and pave the way for a more beautiful and comfortable future in the world of the Internet, will receive recognition.

Almost impossible to be on of the best: how does the AWWWARDS verifying sites

It is the fairness of the assessment that makes the AWWWARDS award objective and therefore credible throughout the world. It has existed since 2009 and has a well-designed website rating system.

Firstly, all projects go through the initial filter: the submitted work is manually reviewed by the contest representatives. If the website meets the key criteria, it goes further into the contest. According to insider information, every year hundreds of projects fail even the initial verification.

If your project passed the verifying stage, next step is jury reviewing. Four main evaluation criteria are applied: design (40% of the total score), usability (30%), creativity (20%) and content (10%).

Besides the jury, also "users" can influence the overall rating of the project, however, the degree of their influence depends on their status on the AWWWARDS website. Registered users with a long history of activity - ratings and comments - have more influence, especially if they are professional web agencies - namely, people with a professional background in this area.

The points proportion of authoritative users and beginners will be different, but still will not exceed 10% of the total rating of the website. Thus, the impact on the ranking of web projects on AWWWARDS by casual and inexperienced users is minimized. You can find out more about the selection and refereeing criteria here:Evaluation system

Typically, the process of evaluating projects takes 5 days. However, if the site receives high points both from the jury and users, then it gets the right for the “Site of the Day” award, in addition - Clock Creative Lab studio is currently continuing the race for this honor.

Then, about the top ten sites with the highest ratings compete against each other for the “Site of the Month” award.

The "Honorable Mention" award, which the Clock Creative Lab got this year, is given to projects with an average score of 6.5 or higher, based on judges from the jury of Chief and Pro users.

Another point of assessment is the mobile version of the site. It is needed to have a very "boosted" website to get award for the Mobile Index. Evaluation criteria are described in a special guide from Google. 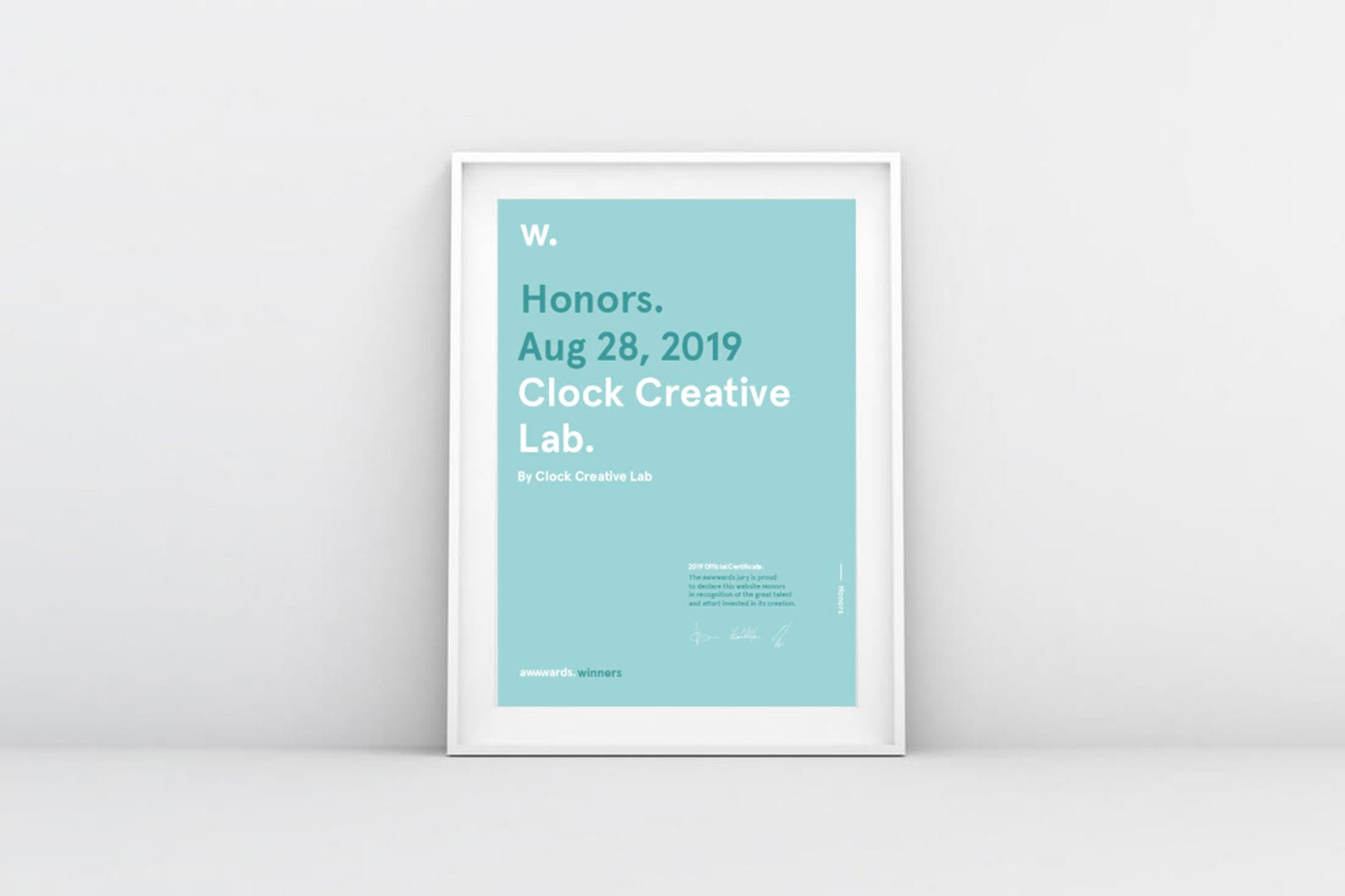 Ukraine on the AWWWARDS contest

More than 32 thousand of projects have taken part in the AWWWARDS in the 10 years of contest history. From this number, only 13,072 sites has got an award. Sixty six representatives from our country were nominated for the award in 2019 - both professional agencies and freelancers. 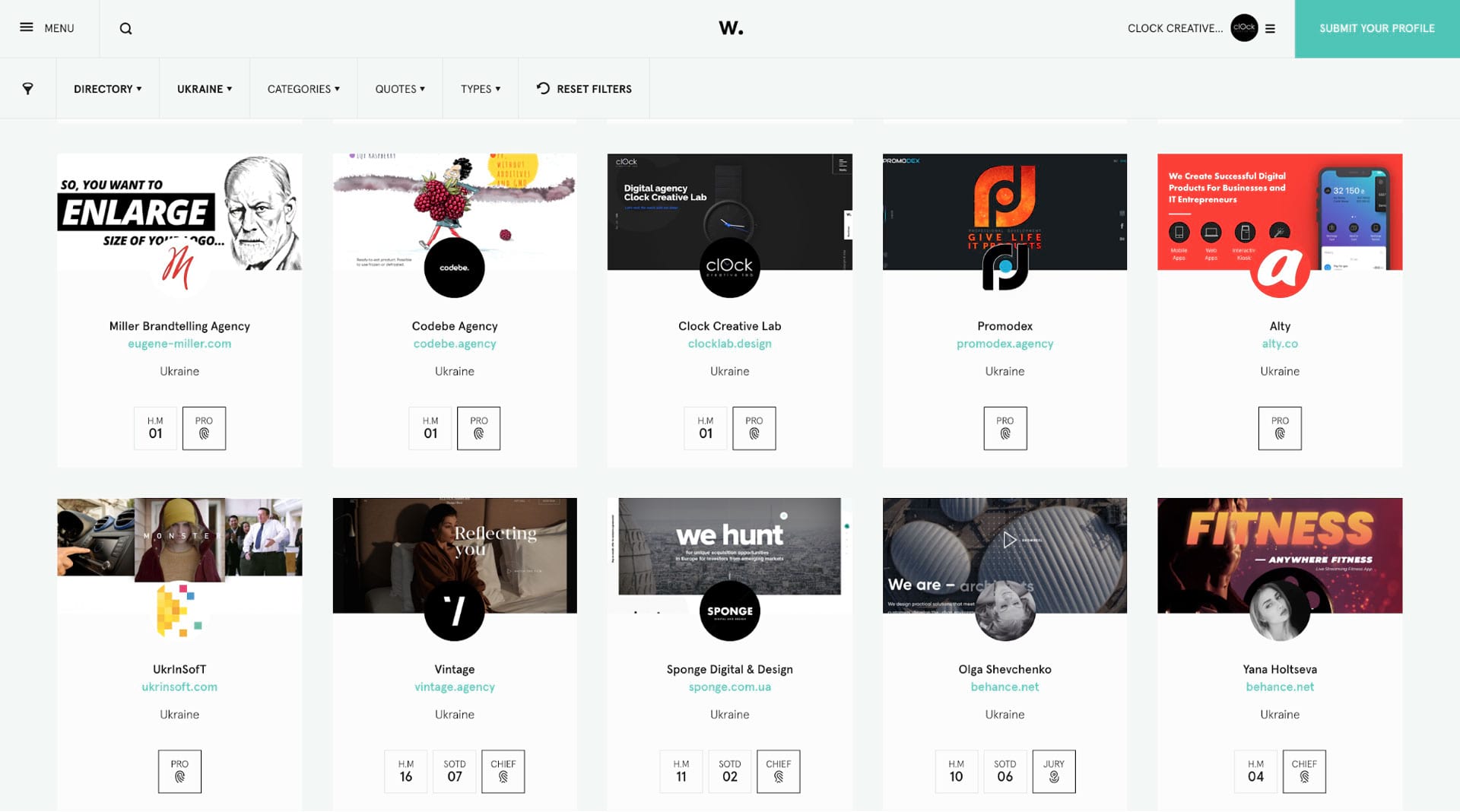 The AWWWARDS award was received by only 193 sites in Ukraine

Considering the authority level of the contest, it follows these are the best web design studios in our country. In a way, getting the AWWWARDS mark is as important to us as getting a Michelin star for a restaurant. 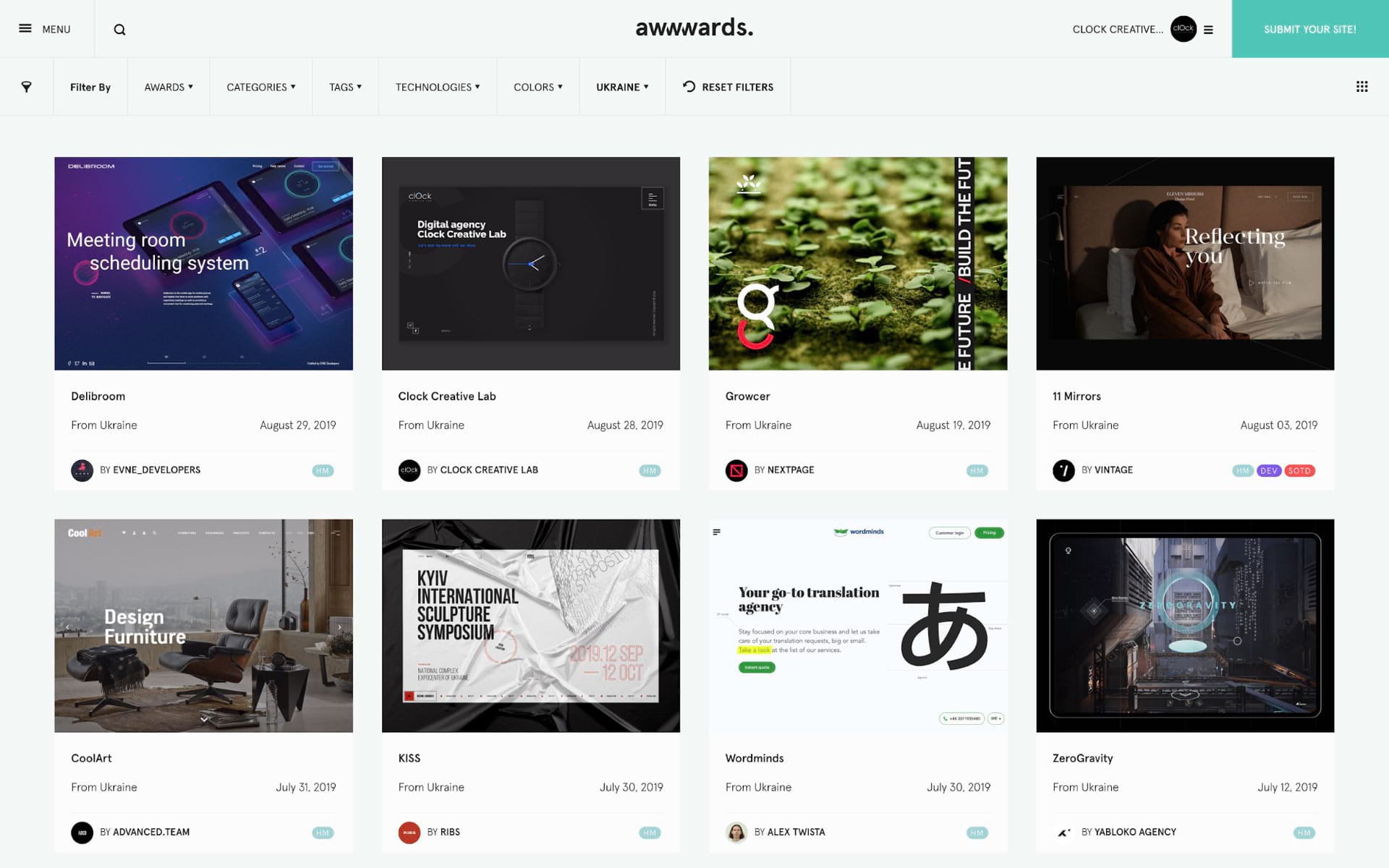 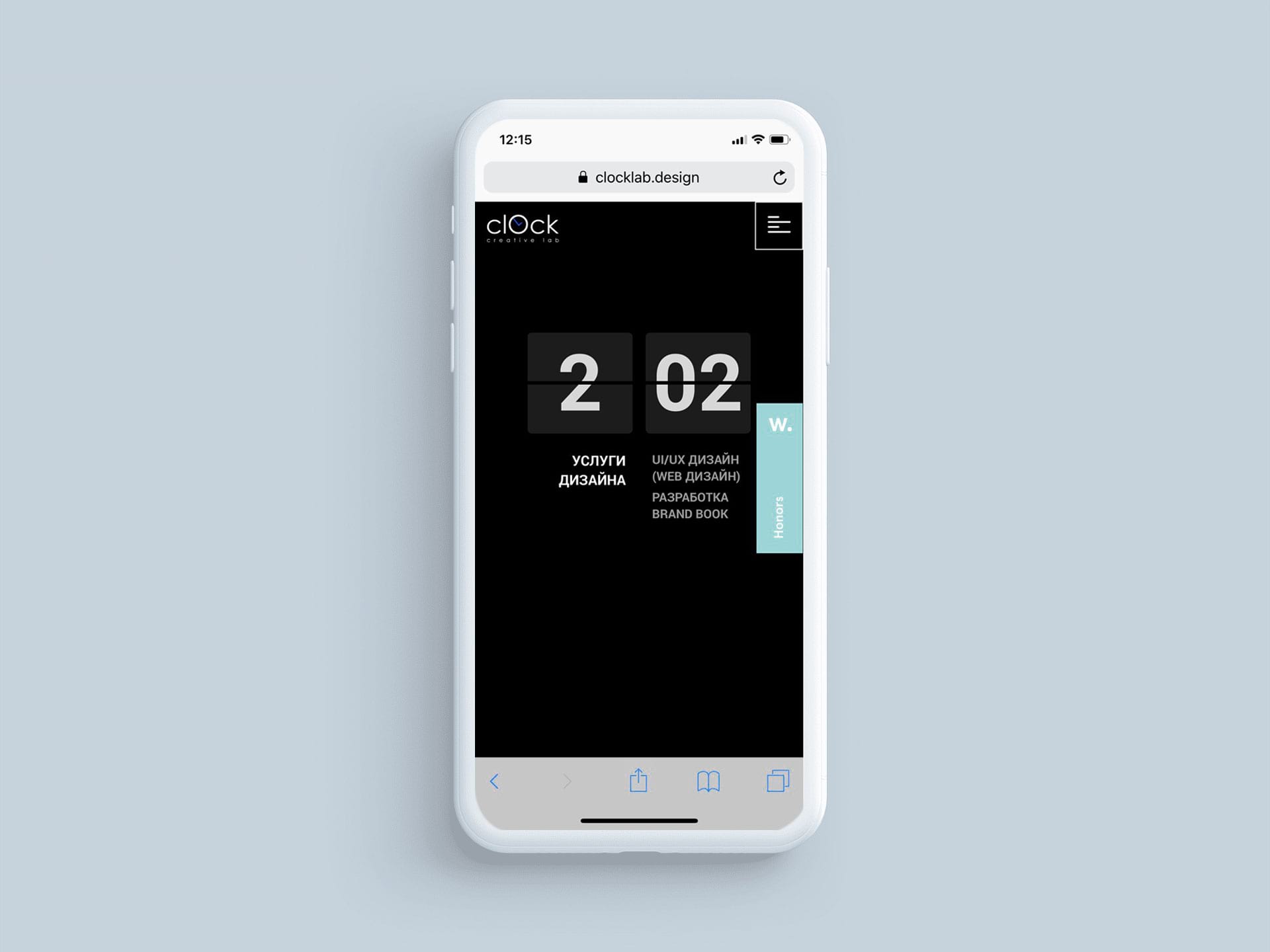 other good news: Clock Creative Lab won one more award - MOBILE EXCELLENCE, what we have found out only after this article was published! You should meet the maximum number of Google evaluation criteria for mobile sites to got the award. Only those, who scored a minimum of 70 points out of 100 can get the “Mobile Excellence” honor mark. We are happy to be among these lucky ones! 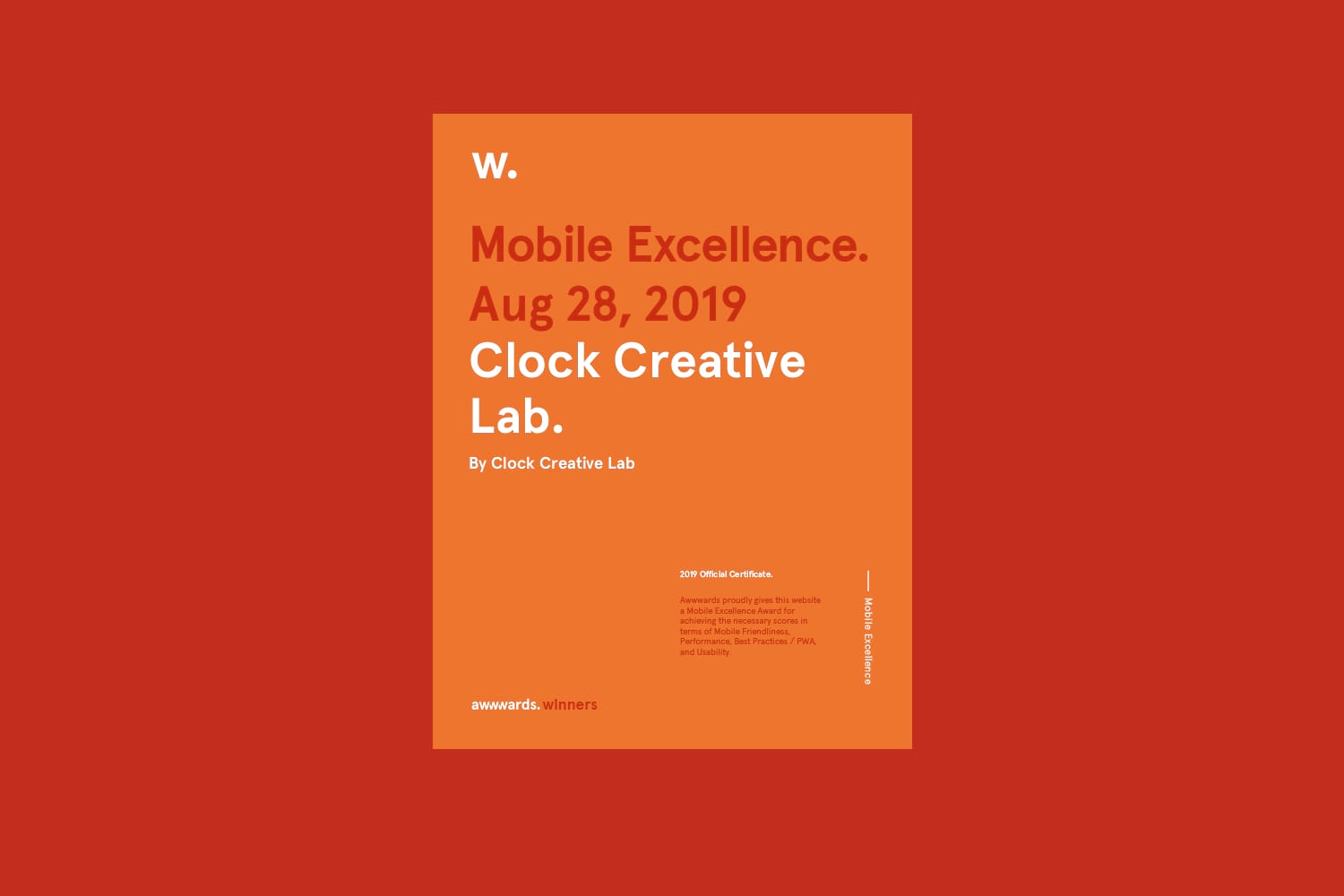 Currently, we continuing the race for the title “Site of the Day”. Also, we will submit our future projects to the contest to make the Internet beautiful and efficient. 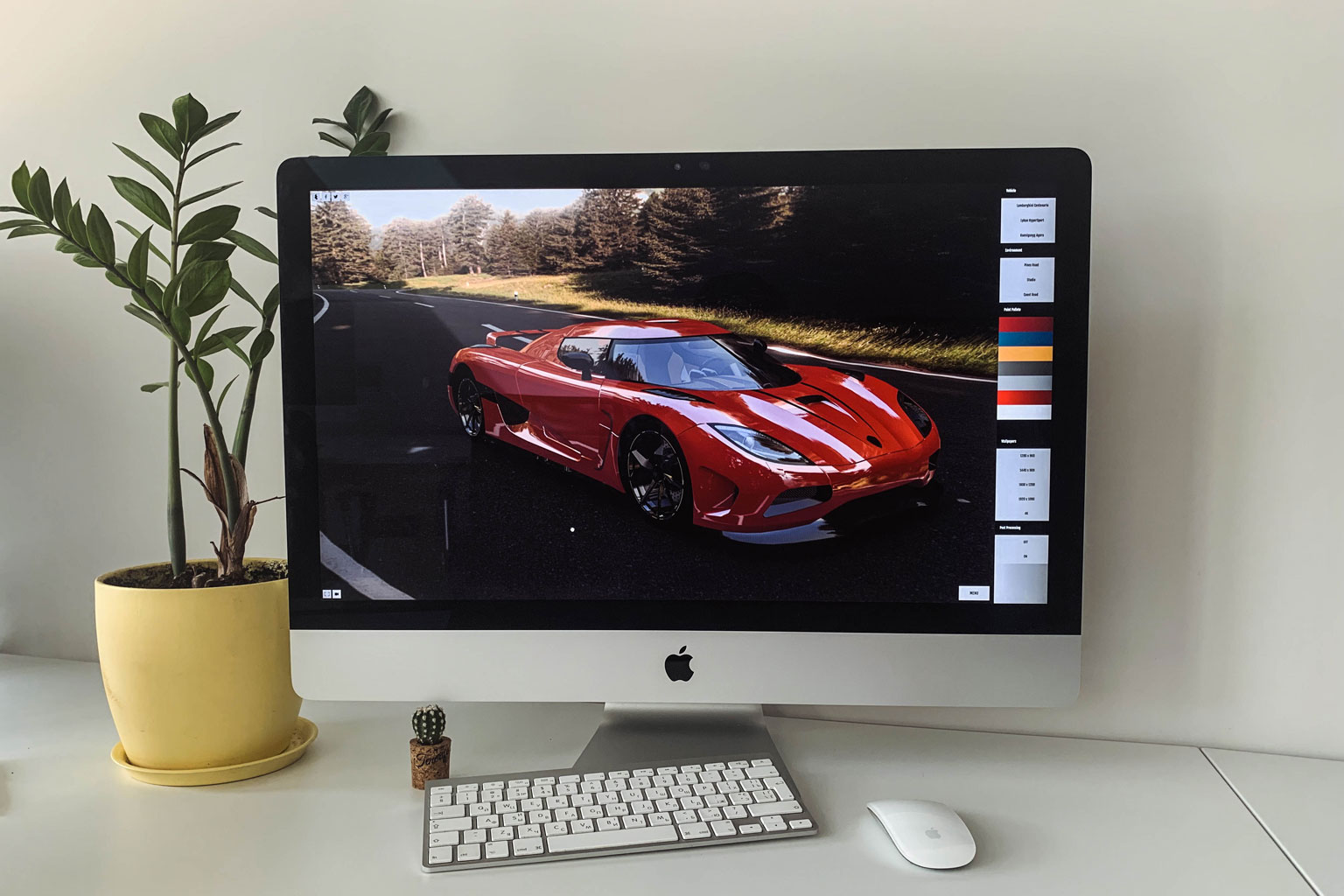 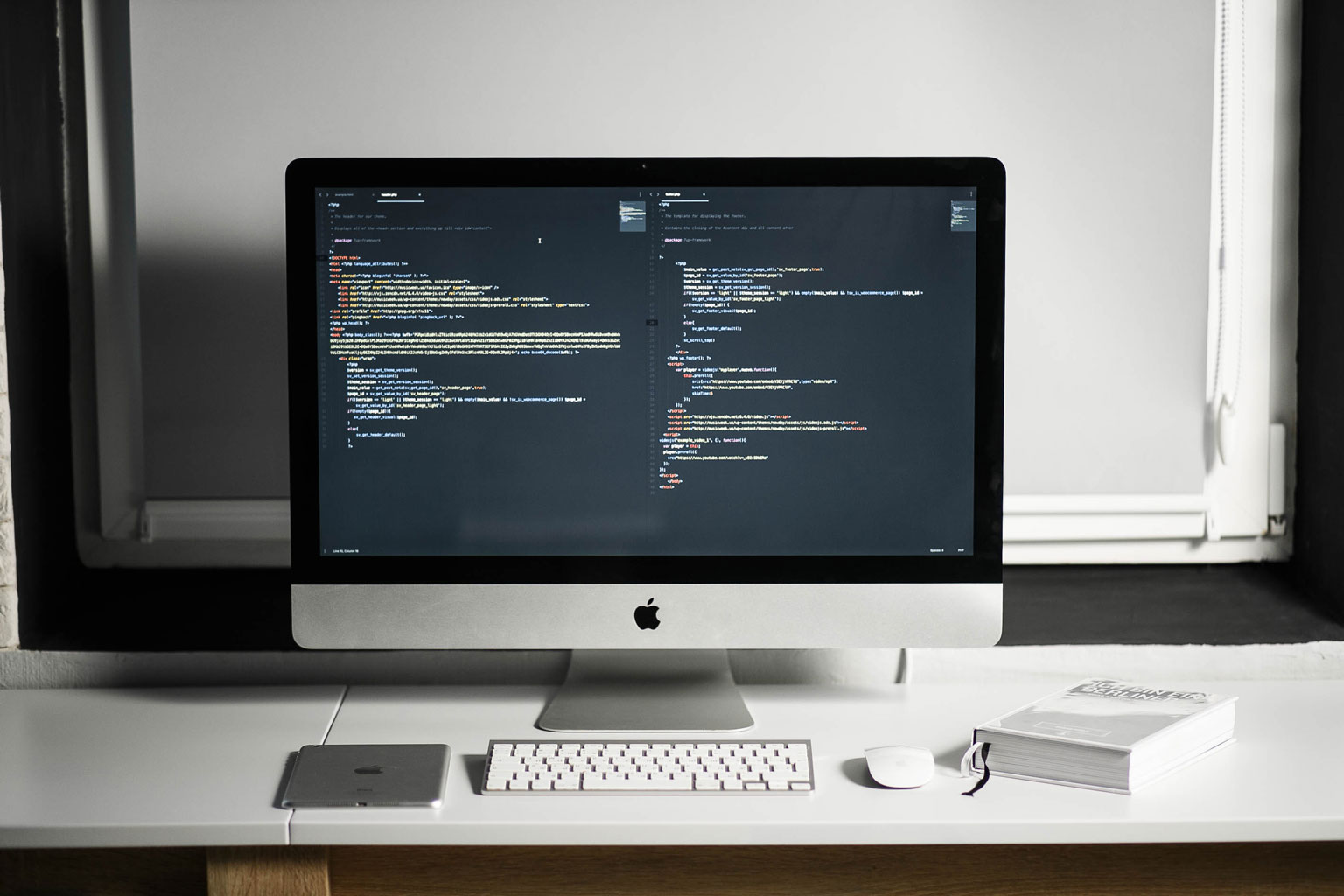 Template vs custom-made development: what to choose for your website 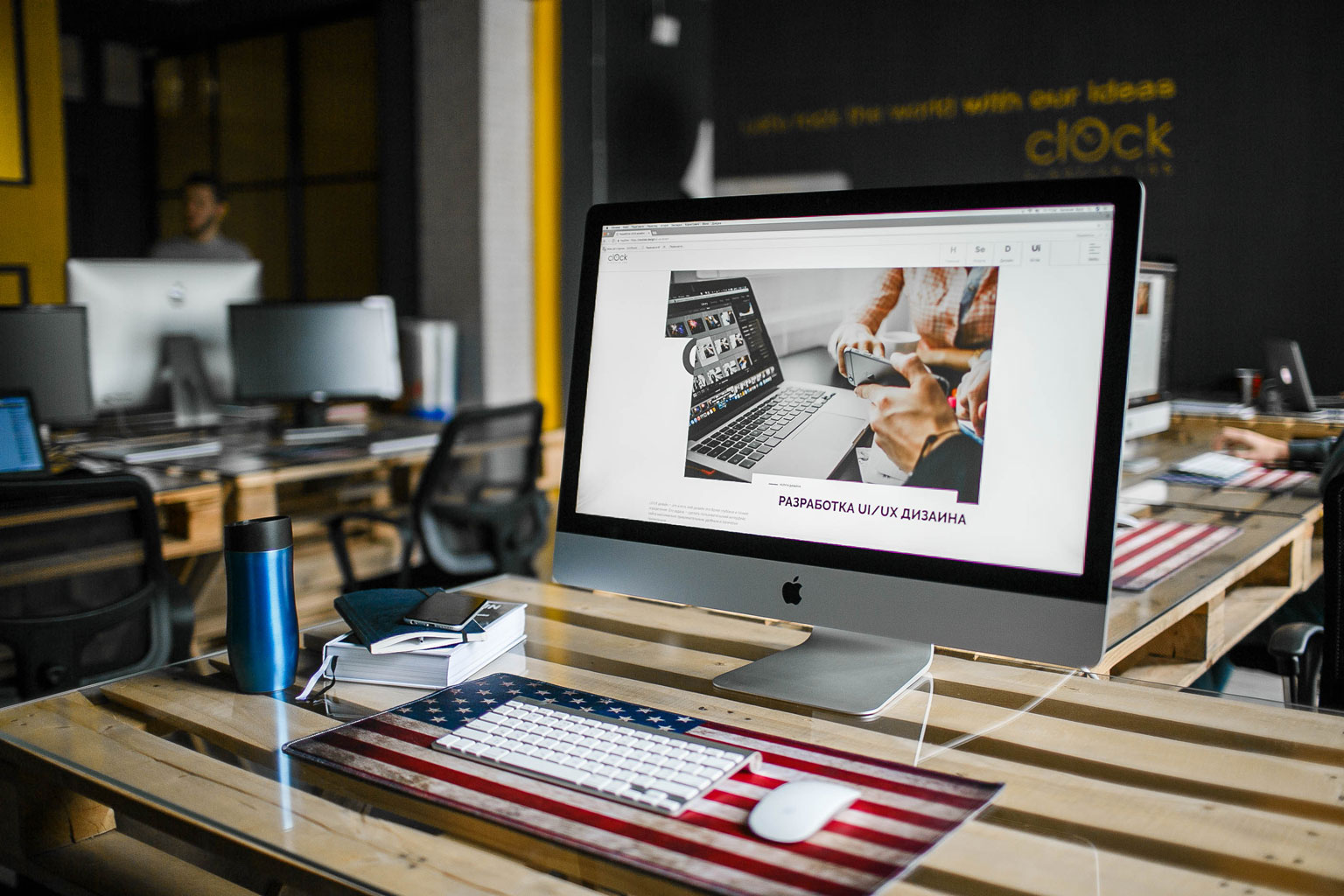 Are you ready for leadership on the internet?

Let's discuss the prospects for promoting your site!